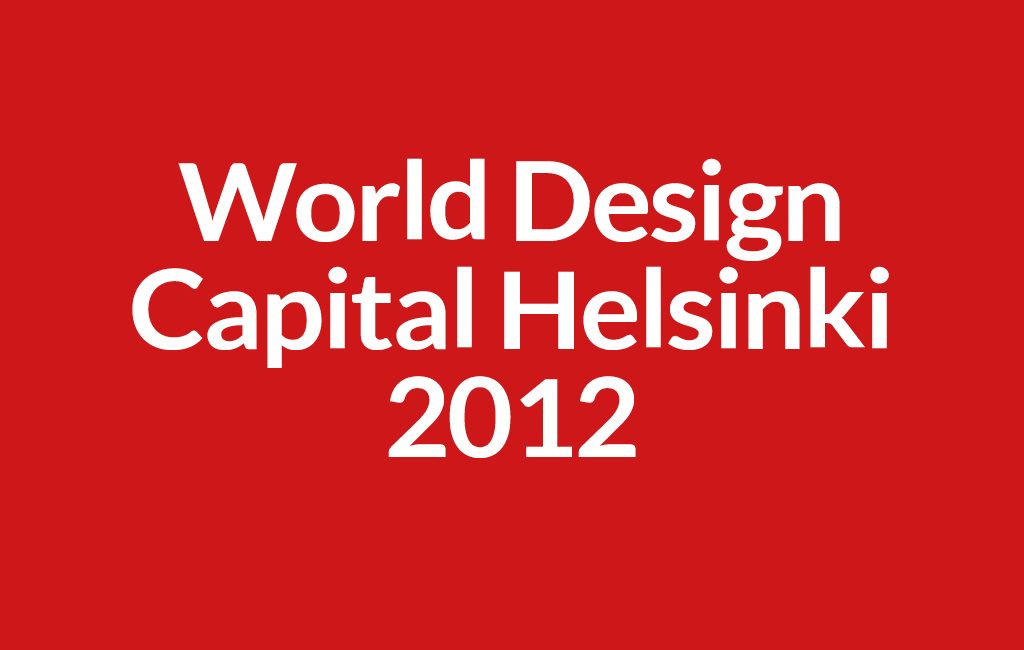 Top-quality design is always needed when products wish to make it on the market and as companies compete for clients.
It is no longer enough for products to be technically good – they must also be well designed. But what is good design? How do we define it, where is it found, and under which circumstances is it born? Success stories in design are nearly always found at the culmination points of technological development. The designer learns the significance of a new technology and is then able to renew product design through products that no one has manufactured before.
Examples of this are Charles and Ray Eames. Charles used to teach design at Cranbrook Academy of Art in Michigan, at the time led by
Eliel Saarinen. Eero Saarinen influenced him in his work. The men started to develop a chair together by bending veneer sheet, but due to technical difficulties Eero Saarinen backed off. Charles Eames kept going, this time with his partner Ray. This led to a spectacular commercial success.

Another example is Apple, also hailing from the USA. Its success has been unbelievable. Even after working with a Mac nearly 20 years now – and although never having been a true fanatic – after reading the Steve Jobs autobiography I understand that as a product design manager he was a genius of his time. I recommend the book to everyone with an interest in design.
Apple’s products have opened incomprehensible opportunities for people through IT. The external, visual design has not been the core of the success but instead, the content and the user interface. Also, one must
take into account the exceptional ability of Apple products to be of service to people with no IT education.

Good products mean destruction for the poor ones. The way Apple accelerated its development speed has forced Nokia almost on their knees within the smart-phone sector. Nokia´s commitment to the Windows platform most obviously was a big strategic mistake. Had Nokia chosen Google´s Android instead, Nokia might have been able to keep up to speed with their production of touch-screen smart-phones, thus also preserving the trust and loyalty of  their customers. This would have also meant grabbing a larger slice of this rapidly growing market segment. But now, Nokia has lost several years of time, as well as suffered severe losses with their market share, reputation and profitability.
(This chapter (in Italic) had to be removed from my column, published on the wdchelsinki2012 website, by the demand of the World Design Capital Helsinki 2012 organization. Had this removal not been done, the whole article would have been left unpublished. When the sale of Nokia phones to Microsoft then was made public September 3, 2013, the assumption proved correct. But, in Finland, typically, the media and the communications people do have the tendency, of course, to listen to ’carefully selected critics´ only.)

A third really good example of design is Ikea. The company’s products are criticised in Finnish design circles, but one should appreciate the product design concept in all its genius. It has led Ikea to unbelievable commercial success. No other furniture house in the world has achieved similar success. According to Wikipedia, in 2011 Ikea had 287 stores in 26 countries with
655 million visitors, and a catalogue of 9500 products. Ikea’s turnover last year was 23.1 billion Euros. Finland’s furniture export in total accounted to only 242 million Euros in 2008, meaning one-thousandth of Ikea’s turnover.

In the online publication I started in January I said: “Those providing the explanations – graduates, doctors and professors as well as academic theses – are produced in such numbers that one might expect Finnish products soon to dominate the entire world, but for some reason this does not seem to be happening.” www.designer.fi/diary
But where does the problem lie and what has hindered success? In Finland we talk and write about design on a shallow level. For the most part, it is all formalism, fashion, style, surface and hype – only talk. This problem can be heard in public speeches, in teaching and in the words of designers and designer associations. The commercialisation of products requires far more than just design or mere talk. And this remaining part is uncharted territory for us Finns.
Commercial success calls for significant innovations and the ability to exploit them to one’s benefit. Nokia found success in the innovations of its time, but has not been able to follow the technological change brought on by Apple. Those providing explanations do not create the product innovations in companies, nor do they come up with the concepts for success. They do not set the optimal conditions for success.

What should be changed in order for Finnish companies and design to enjoy better success? The way we talk about design needs to change. Design should be more visibly seen in the context of the product and its commercial value. Design forms a part of the success, but not necessarily the most important part.
Design should be seen in relation to product innovation and its meaning to customers. The value of design is born out of this relation. If design aims at only cosmetically enhancing a product but includes no additional value to the customer, its appeal will not be enough to lure the masses.
The success of design is not determined by explanations in schools, in media or in export initiatives – of which World Design Capital Helsinki 2012 is an example. They lack the most important success factor: a real link to product development and to commercial actions.

World Design Capital Helsinki 2012: The writer is a graphic designer and professor emeritus of design. He has retired from his professional career but nevertheless remains an active practitioner of design and has published
critical thoughts on designs in the following addresses: www.designer.fi/diary