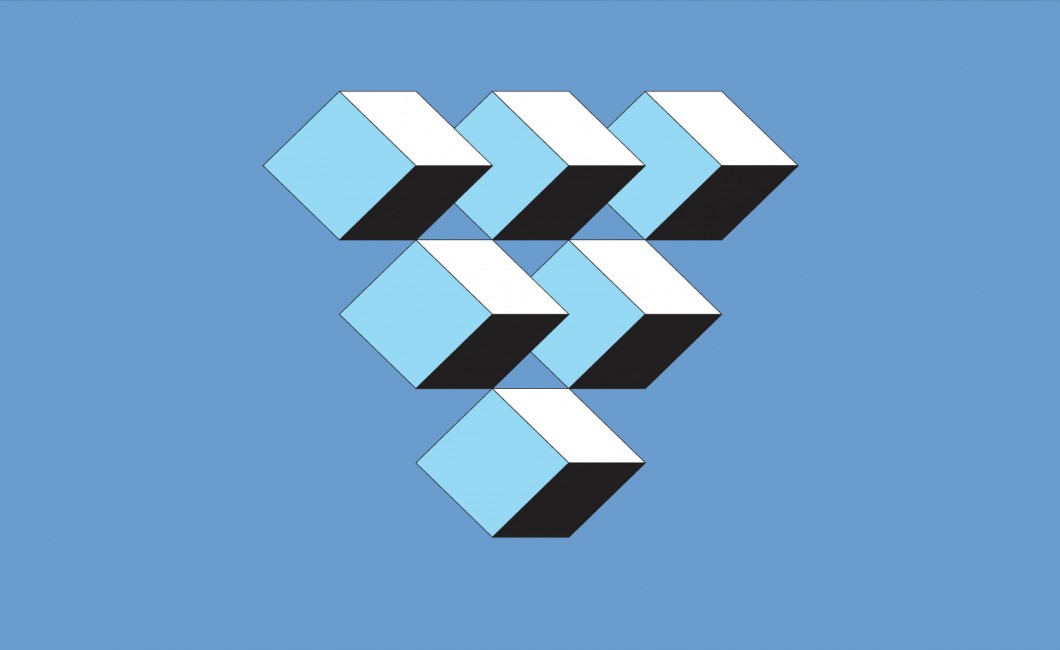 It has not been very common for a Finnish graphic designer to start presenting the background of his/her planning philosophy – the stepping stones it is based on. And precisely therefore, I have decided to shed some light on my own thinking, on the aesthetic views behind any piece of graphic design that I have done. There always was a solid foundation for all this.
While I was still very young, I became fascinated by the Bauhaus philosophy of design and thoroughly acquainted myself with the development history of modern visual art. In particular, I was impressed by the Bauhaus art philosophy and thinking, not just by ´some visual style´. The Bauhaus philosophy perfectly crystallized in teaching, with Walter Gropius writing about it as follows:
”With Bauhaus, we are preaching full equality between all forms of creative work and their logical co-action in the modern world.
We wanted to shake up a little any creative artist who had become detached from real life, and to put him/her back in touch again with real life, real work.
Our concept about the oneness of all creativity and life, fundamentally differed from the ´art for art´s sake´ (l´art pour l´art) attitude and from the even more damaging philosophy it had been originated from: the end-in-itself commercialism.
The goals of Bauhaus had nothing to do with the creation of some ´style, system or dogma´, but a strong wish to be able to vividly affect any form and area of design.
Art is not a branch of science that can be learned from books on a step-by-step basis. A natural talent can only get stronger by learning from true masters and their work.”
Bauhaus consisted of, among other things, departments focusing on advertising, stage-setting, photography and typography. The Bauhaus philosophy did not discriminate visual art, form-giving and advertising arts one from another into separate stalls, as it still so very often happens in Finland. This is why I have always been interested in the Bauhaus art concept.

And this is what made me put together, from my old work samples, a video presentation that I named ´Constructivist´. The duration of the video is some 15 minutes.
Should you have the time to take a closer look at the pieces of work I have included, you – and indeed anyone who knows art – could easily observe the fact that the planner has meticulously acquainted himself with the history of modernism in design and visual arts – and that his own planning philosophy has been essentially drawn from that history, too.
I have been particularly interested in Russian avant-garde, the Bauhaus functionalism, De Stilj of Holland and constructive art, as well as kinetics, minimalism and e.g. Victor Vasarely´s optical art and the colour philosophy of Josef Albers.
Since the start of the 1970´s, I have done my own investigations in these fields. And from precisely these origins most of my logos and corporate emblems from between years 1980 – 2000 are derived, as well as the colour philosophy with many corporate identity renewal projects.
I have always been interested in mathematical thinking as a source for visual aesthetics, as well as in mathematically accurate structures while planning logos and emblems. Therefore, before the CAD era, we, at my agency, used to give form to all logos and corporate emblems on graph paper – using considerably large sizing. The final clean-cut, then, was done directly on graphic film.
Every single line, dot, mass, space, as well as every transfer, movement, rhythm, the scope of 3D and colour, was always very carefully thought of. Nothing was ever left to chance, nor done by cutting corners.
What I wanted and indeed insisted upon, was that all our logos and emblems would be based on clear thinking, simplification and visual cleanliness, and that they would work in every application precisely as planned.

But even if my graphic designs clearly identify themselves as work done by a contructivist, this is only one of the views that are highlighting my activities as a planner.
Should you want to take a look at my work, within the planning of advertising, these pieces are not labelled by constructivism, but rather by communications philosophy, having its strongest roots in Swedish soil. And finally, should you have a look at my work in the field of calligraphy, that clearly comes from Swedish-German font-forming origins – either of these two orientations having too a direct correlation with constructivism.
Whenever I do photography, paint or write about design, even then I do not feel I am just a constructivist but a visual planner, an artist who is expressing his personal ideas and views on a wide scale, performing art that is based on his own life and thinking.
In the attached video, The Constructivist, I have not wanted to start presenting individual samples to the very core, as this would have made the video far too long. So I have just picked a few examples from the very tip of the iceberg, examples to show how some visual entities have been built up. The major parts of these entities always remain invisible, under the surface.
Therefore, in some cases, I have not even named the parties who have commissioned these planning projects, and for what purpose. But even so: each of these jobs do have their particular backgrounds and their individual stories.
To sum it all up, I believe that these few examples manage to draw a picture of a planner and designer whose thoughts and work have been defined by straightforward constructivism probably more than those of any other Finnish graphic designer.